Bill George is an enthusiastic authority on the history, culture and cuisine of California and the West. He lives and works in the Mother Lode in the foothills of the Sierra Nevada, a region of the world that amazes you with natural beauty. Combine that with colorful history, world-class cuisine and friendly people and you will find a place you will fall in love with and must put on your travel list.

He calls this region “California’s Back Lawn,” a place undervalued by many tour operators but one that rivals the most beautiful travel destinations in the world.

California’s back lawn includes the Pacific Ocean (ok, so it’s a big swimming pool), the mighty Sierra Nevada and the necklace of gold-rush towns and sights on the Golden Chain highway.  You will find the mighty Sequoia trees Calaveras Big Trees State Park, and majestic Yosemite, Kings Canyon and Sequoia National Parks.

We will show you where to find Chinese temples in Oroville and Marysville that have existed for more than 150 years, and take you to Donner Summit where easy walking trails reveal shimmering Donner Lake from America’s “most historic square mile.”  Truckee is famous for winter sports, late-night entertainment and dining in a spectacular Alpine setting.

Visiting the historic and beautiful towns like Nevada City, Grass Valley, Auburn, Angels Camp (named after the brothers who founded it, not heavenly beings) and Murphys (great St. Pat’s Day!) take you back to a time when heroes and bandits struggled for fame and fortune.  Check out the jail where Black Bart was locked up, and then go for a comfortable hike among the biggest living things in the world, the Giant Sequoia.

If you like an urban setting Sacramento, California’s capital, has much to offer, including the world-famous Crocker Art Gallery (you will love the Gold Rush art of pioneer Charles Nahl.) The Gallery is nestled near stately Victorians built by the Robber Barons and Gold Rush speculators more than a century and a half ago. Sacramento is experiencing a rebirth of its city core, with the new Golden West Arena, home of the NBA’s Sacramento Kings, due to open in 2016. New and exciting bistros are popping up, and the arena is within walking distance of Old Sacramento, the beautifully preserved brick and cobblestone 1850 Gold Rush city, and the majestic state capitol building that rivals the U.S. capitol for architectural beauty.

On your trip of discovery you will be surprised to find beautiful wineries with vistas that remind you of Tuscany. And restaurants, cheese shops and hidden cafes feature the latest in California’s emerging “Farm-to-Fork” cuisine. And you’ll still be able to discover western barbecue, sometimes alongside authentic Mexican and Chinese cuisine that was nurtured in the Golden State.

Please take a look at our films and book about this great region. These are great for you or a gift for a friend who loves the culture, beauty and history of our region. After all, you’ll want to let them share in your discovery of “California’s Back Lawn.”

Bill has been fascinated with culture, history and travel for many years. He was a tour director in Chicago while working his way through college. He then became a television journalist, before transitioning to public relations. In 2010 he formed Nimbus Films to tell the story of the building of the first transcontinental railroad over the Sierra Nevada, and then wrote the book “Rails, Tales and Trails” that explained how to find the old railroad sites, along with museums, towns and restaurants in the area.  Bill followed that with a film portrait of Newcastle, California one of the most important agriculture, railroad and gold rush towns. He then produced a documentary film about the Chinese experience in California. Realizing that there are many great documentary films about the west, Bill launched the Golden West Film Festival in 2014 in the Gold Rush town of Auburn, California.

Bill has made hundreds of presentations about California’s Back Lawn to civic, educational, travel and cultural groups. To have him meet with your group, click here or call him at 916-899-9871. 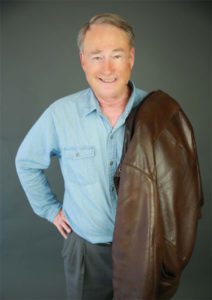 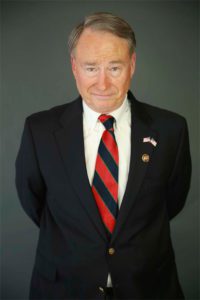 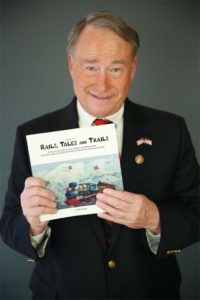